“Dubai is the perfect place to dream big and its future will be built by embracing the limitless potential of local and global talent”, HE Omar Sultan Al Olama, UAE Minister of State for Artificial Intelligence, Digital Economy, and Remote Work Applications, said today.

Opening the first-ever Dubai Future Forum, His Excellency told the attending futurists to “dream big”. He welcomed new ideas as he said “we embrace all ideas. If anyone has a dream, has a vision, the UAE is home to them.” HE Olama added. “Dubai and the United Arab Emirates would serve as a global hub for anyone, from anywhere, determined to shape the future and create a new era of prosperity and opportunity for humankind.”

“What makes our city and nation successful is not natural resources, but the unique ability to embrace all ideas and individuals,” His Excellency said. “As a dynamic, forward-looking and cosmopolitan city, we have grown to become a global hub for talent, technology and innovation. More than 200 nationalities are in Dubai contributing to the city’s future, side by side with a forward-thinking leadership that knows the importance of foresight and takes risks to embrace future opportunities. Emirates Airline, Dubai Internet City and Dubai Media City are all examples of leadership’s foresight,” HE Omar Al Olama continued.

Inspired by the vision of His Highness Sheikh Mohammed bin Rashid Al Maktoum, Prime Minister of the UAE and Ruler of Dubai, the nation is focused on carving out a path toward a hopeful future. Last year was a huge milestone as that was when the country celebrated its Golden Jubilee and it began to embrace the next 50 years of growth and sustainable development. It allowed for a moment to pause and reflect on past achievements, but also look ahead to a new future as the UAE aims to grow and become better as a country, by its centennial in 2071.

HE Omar Sultan Al Olama emphasized that Dubai was built by unleashing the potential of talents and becoming a place that allows new ideas to take root and flourish. “The Dubai Future Forum will help us continue our journey towards the future. As we look to shape the future rather than react to it, my message to all of you is this: dream big,” Al Olama concluded.

The Dubai Future Forum, running from 11-12 October at Dubai’s Museum of the Future, is the world’s largest global gathering of futurists. It welcomed more than 400 international futurists including technology experts, scientists, innovators, and specialists in various high-skilled fields to exchange knowledge and create a global platform on which to discuss and debate the future.

It hosted more than 70 speakers and 45 global institutions such as the Organization for Economic Co-operation and Development, the Future Today Institute, the Data Trusts Initiative, the Future of Humanity, the Social Design Institute, the Middle East Institute, Ernst & Young (EY), Khalifa University, and the Regulations Lab. 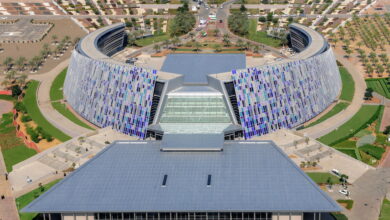 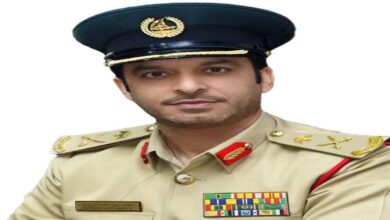 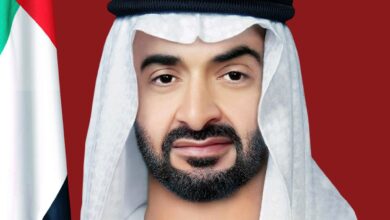