The commodity sector is increasingly being spooked by the recession ghost. This past week’s selling saw steep declines across all three sectors of energy, metals and agriculture. At this point, the level of potential demand destruction remains unclear. However, there is no doubt that some of the recent froth is currently being taken out of the market. This is partly driven by macro-orientated funds who bought the rally but now are having second thoughts as the risk of an economic slowdown looms ever larger.

The current worries, however, will only manifest itself over the coming months and quarters. At this point, we doubt the eventual impact will be enough to unsettle the long-term reason commodities are in a cyclical bull run. Structural issues, such as doubts about the long-term investment appetite for new projects within energy exploration and mining, remain a key reason tightness will continue to be a price supportive issue over the coming years. Some of it led by the green transformation which is making the outlook for fossil-fuel based energy demand increasingly difficult to predict.

The unpredictability of future demand has recently been highlighted by several energy producers which are currently on the receiving end of critical comments from governments –  especially the Biden administration which is struggling to gain traction, amid record high fuel prices at the pumps, ahead of the midterm elections this autumn. In defence of not raising capital expenditure towards increased oil production and refinery capacity, most energy producers say that rising sales of electric vehicles is set to cut gasoline market share over the next several years, thereby reducing the appeal of new long-term drilling and refining projects.

The month of June has indeed delivered a sharp turnaround across markets, starting with the higher-than-expected US inflation print on 10 June leading to the first 75 basis point rate hike in decades. With several additional rate hikes to follow, the market has increasingly started to worry that central banks around the world will continue to raise rates. This will be either until inflation is brought under control or something breaks – the latter being the risk of economies buckling under pressure with recession the consequence. For now, at least one element of inflation, i.e., rising input costs through elevated commodity prices, have started to retreat.

During the past week, the focus on a recession accelerated as bond yields tumbled after Federal Reserve chair Powell, in a testimony to the US Senate, accepted that steep rate increases could trigger a US recession while making a soft economic landing “very challenging” to achieve. This was followed up by another batch of weak economic data from the US and Europe showing manufacturing and services activity cooling. In Europe, the yield on two-year German bonds tumbled the most since 2008, with the region looking increasingly at risk of a sharp slowdown as the cost of gas and power surged higher after Gazprom cut supplies to Germany.

The mentioned worries about global growth helped push the Bloomberg Commodity Index to a four-month low this past week, with all sectors led by grains suffering setbacks. Since reaching a record peak on June 9, the index has fallen by around 12%, but remains up around 21% on the year with crude oil and fuel products having provided the bulk of those gains. As per the table above, weakness has emerged across all sectors since that day, with EU natural gas the only market being supported by the risk of shortages over the coming months.

Crude oil showed signs of stabilizing on Friday following a near 15% top to bottom correction during the past ten days on increased concerns that aggressive rate hikes by central banks around the world will eventually hurt growth and, in turn, demand for key commodities from energy to industrial metals. Prices have dropped despite continued signs that the crude oil and the fuel product market remains very tight – the latter being highlighted through near record refinery margins, which would have come down if demand was easing. In the short term, we will see a battle between macroeconomic focused traders, selling “paper” oil through futures and other financial products as a hedge against recession, and the physical market where price supportive tightness remains.

Copper was heading for its biggest weekly loss in a year as global recession fears increased and China’s lockdowns continued hurting growth and demand in the world’s biggest consumer of industrial metals. While the Bloomberg Industrial Metal Index trades down 6% on the year, copper is currently 15% under water – with around half of that loss realised this past week when Fed chair Powell reiterated his commitment to bring down inflation, thereby raising the risk of a hard landing. In addition, Codelco, a large mining company based in Chile, has reached an agreement with workers to end a strike that could have led to a price-supportive reduction in supply.

Our long-held bullish view on copper and industrial metals have not changed, but rapid rising recession worries combined with China’s ongoing and prolonged struggle with Covid-19 outbreaks may delay the inevitable move towards a balanced market and eventually a market in short supply. In addition, we are seeing a continued disconnect between sharply lower prices and stock levels held at warehouses monitored by exchanges in London and Shanghai. This past week stocks of all the four major metals dropped to a fresh combined record low at 1.1 million tons, down 60% from a year ago.

Wheat, which together with edible oils, led the March surge in agriculture commodities after Russia’s attack on Ukraine raised concerns about supplies from a key supplier of these two food items. After hitting a record high last month at $13.63 per bushel, the price of Chicago wheat has since seen emerging weakness which turned into a rout this past week after the break below key support open the floodgates for technical selling and long liquidation. Despite the prospect for a record Russian production and improved outlook in the US, the outlook points to a continued post-harvest tightness, not least considering drought and heatwaves in Europe and the unresolved issue of how to get Ukrainian seaborne crop exports restarted. Next week’s highlight, apart from weather developments, being a monthly update on crop acreages and inventories from the US Department of Agriculture.

The December (new crop) Chicago wheat contract has seen accelerate selling after breaking support turned resistance at $10.50/bushel, the neckline of a head and shoulder formation that could indicate further short-term technical-driven weakness.

Precious metals: Gold remains rangebound within a wide range between $1780 and $1880, with the prospect of rapid interest rate hikes being offset by the worries about recession and, in a worst-case scenario, the risk of stagflation which historically has proven to be supportive for gold. However, with silver being pulled lower by sharply decreased industrial metals and some returning risk appetite across the stock market, gold ended up lower on the week as these developments more than offset the otherwise positive impact of US Treasury yields and the dollar trading softer.

Our long-held bullish view on gold has been strengthened by developments these past few weeks, and we still see the potential for gold hitting a fresh record high during the second half of 2022 as growth slows and inflation continues to remain elevated. For now, however, calm needs to return to silver and other semi-industrial metals, like platinum, before investors will take another look. 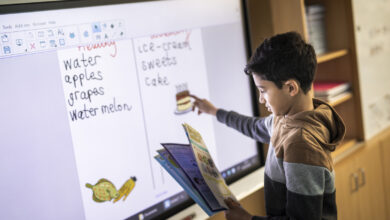 Why Should Your Kids Learn English over the Summer Break? 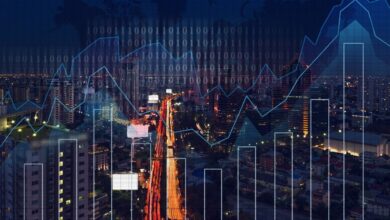 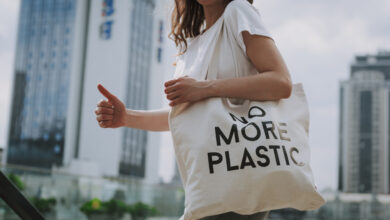 Plastic is not Fantastic Anymore 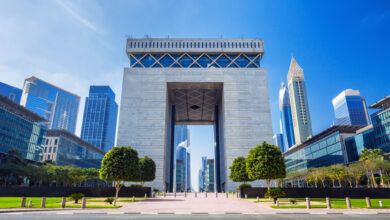