Ford created an off-road icon in 2009 when it introduced the desert racing-inspired F-150 Raptor. It was designed to not only speed over rough terrain, but also to jump and catch air. And today, it’s born again with an all-new third-generation F-150 Raptor that takes the mechanical and technical brilliance and precision of Raptor even further.

That’s great news for Raptor fans in the Middle East who’ve come to love its unique combination of performance, agility, and versatility.

“Raptor has developed an enviable reputation in the Middle East for incredible performance in the desert,” said Simon Hood, brand manager for Ford trucks, Middle East. “This new Raptor really pushes every facet of performance to new levels, and we can’t wait for customers to find out just how good it is for themselves.”

A high-performance off-road pickup is defined by its suspension, and the all-new F-150 Raptor debuts with completely redesigned running gear. It is reengineered with an all-new five-link rear suspension developed specifically for Raptor, designed to deliver more control and power to the ground with greater confidence over rough terrain at high speeds.

“Raptor is rooted in Baja 1000 racing, and its suspension advances our capability and performance – a five-link rear setup with more wheel travel than any Raptor before it,” said Carl Widmann, Ford Performance chief engineer. “And like a trophy truck, every aspect of Raptor has been engineered to deliver precision capability when your foot is flat on the floor, way out in the middle of nowhere roaring across the desert.”

Readings from suspension height sensors and other sensors around the truck change damping rates independently at each corner 500 times per second, with the shocks responding at the same speed the human brain processes visual information. The truck responds by the time the driver even registers a terrain change.

For the first time, Raptor is available with either 35-inch or 37-inch tyres – the largest factory-fitted to a production light-duty full-size pickup. These specially designed BFGoodrich All-Terrain T/A KO2 tyres offer maximum traction and handling. Wearing 35-inch tyres, Raptor clears 12-inch obstacles with an approach angle of 31 degrees, maximum departure angle of 23.9 degrees and breakover angle of 22.7 degrees. Raptor with 37-inch tyres features 13.1 inches of running clearance, 33.1 degrees of approach angle, a maximum 24.9 degrees of departure angle and 24.4 degrees of breakover angle. Desert runners and rock crawlers alike will appreciate the outstanding wheel travel with 35-inch tyres, reaching 14 inches at the front and 15 inches at the rear – 25 per cent more travel than the first-generation Raptor.

The all-new Raptor is equipped with a third-generation twin-turbo 3.5-litre EcoBoost® high-output engine delivering torque low in the rev range right where it counts. It features state-of-the-art turbos and 10.5:1 compression ratio as well as new high-power fans built into the cooling system to ensure intense off-roading sessions never end too early. With its standard 36-gallon capacity, Raptor has a projected EPA-estimated range of more than 800 kilometres on a full tank of gas.

til 1-Pedal Drive helps make extreme off-road driving like rock crawling easier. In harsh trail situations, a driver typically must use both pedals, modulating throttle and brake simultaneously to advance the truck. Trail 1-Pedal Drive simplifies all that, combining those operations into activating just the throttle – press to move forward, release to brake. The truck applies the brakes proportionally as the driver lifts from the accelerator.

A rugged, aggressive exterior advances the signature design of F-150 Raptor. Completely redesigned, the distinctive front emphasises the truck’s width with a machine-tough look featuring a power dome hood with blacked-out grille and headlights that stretch fender to fender.

The hood has a new heat extractor and functional side vents at the top trailing edge of the fender, all inspired by the intakes of the F-22 Raptor fighter jet. Aggressive front fenders emulate the windswept look of dust billowing off the top of the tyres at high speed. The same concept extends to the rear, with blacked-out taillights and available tailgate appliqué creating visual fender-to-fender width.

A wider front skid plate offers greater coverage side-to-side and extends protection forward. Durable steel front and rear bumpers are built for the rigours of off-roading, with the rear bumper retaining the high-clearance design that tucks the dual exhaust tips high up against the truck. 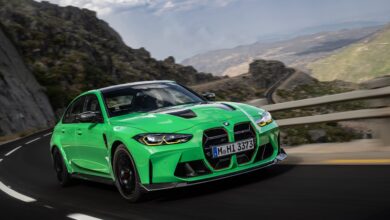 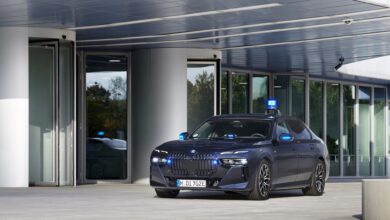 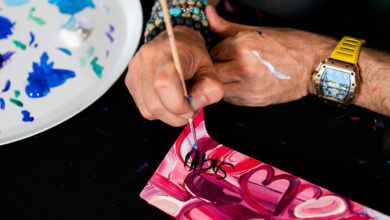