Home security is one of those things that is often taken lightly, when it shouldn’t. So, when we received the TP-Link TAPO C310 for review, were we keen to see how it stood up to some of those already selling in the market.

TP-Link is a company largely known for its Wi-Fi solutions, but the TAPO C310 is a surprise when it comes to quality and results.

What’s in the box?

The unit we got for review had:

Versatility & Portability: Although positioned as an outdoor camera, the C310 can be used indoor as well. We tried it indoors as well as outdoors, and the results were impressive.

Set up: It’s a pretty simple plug and play. You first download the free TAPO app from the App store or Google Play and plug in the device into a power socket to turn it on. Once the red and green lights to start blinking you can add it as a device in the app, and then connect to the Wi-Fi. Name your device and set the location in the setting, and an automated message will alert you that the camera is ready to use.

To get the most from your security camera, strategically place it indoors or outdoors to get an accurate view of the area you want monitored. Another standard feature is that you can connect the camera to the network via the Ethernet or the Wi-Fi – flexibility right there!.

Build and Appearance: The camera body is square shaped, comes in bright white with what we like to call ‘Wings’ on either side. In case you were wondering, these are actually Wi-Fi antennas and are maneuverable. Along with housing the main camera lens, the front also houses an LED indicator and infrared sensors. The base of the camera unit holds the build-ins speaks that facilitate the two way communication. There is also a slot for a microSD card that conveniently allows you to store video directly on the device. It can support up to 128GB of hi-def video!

Performance:  For the budget, I think the TAPO C310 is worth every dirham. It delivered sharp night vision both indoors and outdoors. The automatic siren is a handy addition if you set it up to deter miscreants when the camera detects motion. A bad idea if you have pets (like me), who can set off the alarm at almost regular intervals!

The two-way audio works! It’s a handy feature to have, especially if you have kids and can’t always run to greet the delivery man at the door! But if you’re not in a fairly close proximity to the camera, you can experience some delay in communication.

Daytime images are decent, and you can zoom in and out the same way you would normally do on your photos – pinch or double tap.

Cons: There are quite a few key flaws in the TAPO C310. Firstly, it lacks the ability to pan or tilt – like cameras such as the Eufy Cam2 or others in the market do. You have to manually position it in the direction you want monitored.

It also lacks in-built battery – so if you lose power, you have no back-up power to keep your camera working.

A serious downside is the inability to provide cloud back-up or allow for recording direct to the cloud. A microSD can only hold so much content. In the event of the footage being destroyed, or if you lose the SD card, you lose the footage. Cloud backup or storage is very important if you’re generating so much video footage.

Price & Availability: Priced at AED349, the TAPO C310 is certainly an affordable option if you’re looking to invest in a home security camera. The TAPO C310 is available at leading retail stores and Amazon.

Ring in 2021 in Style with Mezza House Premium Levantine Experience

Sew Your Way to a New Year with ThreadWerk 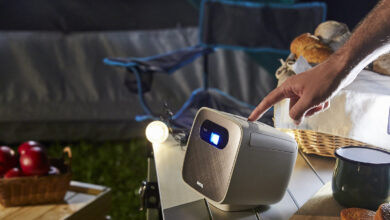 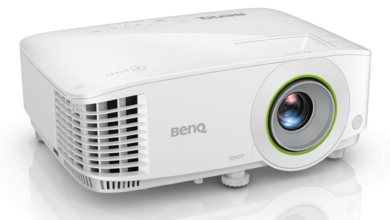 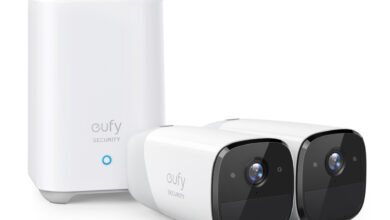